But the Lord said to Samuel, “Do not look on his appearance or on the height of his stature, because I have rejected him; for the Lord does not see as mortals see; they look on the outward appearance, but the Lord looks on the heart” (1 Samuel 16.7).

The Lord does not see as mortals see. My friends, how do mortals see? How do the ordinary people of the world see? This classic text from First Samuel says that they look on the outward appearance, but what exactly does that mean?

Is it possible for mere mortals like you and me to learn to see the way that God sees – to look on the heart?

You and I find ourselves in such an odd period of life this morning. That’s why we are here in the chapel, why you are all so far away, why my love, my wife is holding that camera pointed at me right now.

And the state of affairs in the world, the danger posed by this new virus, is forcing all of us to SEE things differently. Like visiting friends or neighbors, like shaking hands or sharing a hug, like going out to watch a show or a movie.

Who would have thought that all of these ordinary things, things which have always seemed so good and simple and innocent, NOW these must be rejected as dangerous acts that could harm ourselves or our neighbors?

We are all learning to see things in a different way now – and hopefully learning more about how all of our lives are so closely linked and inter-connected.

Do you remember the massive earthquake and tsunami which struck Japan nine years ago, on March 11, 2011? It caused waves that surged up to 70 feet high. The devastation throughout northeast Japan was horrible and it resulted in nearly 16,000 deaths – almost all within a few brief hours.

But there was one village in that region that survived this great earthquake and tsunami without losing one single building.

The fishing village of Fudai had a man of vision who served the town for 4 decades as mayor. Mr. Kotoku Wamura was the mayor who was re-elected to serve 10 terms of 4 years each.

But when he was very young, he witnessed a tsunami which destroyed hundreds of homes and killed over 400 people in his village. This is something he never forgot.

So, it was Mr. Wamura’s vision to use his tenure as mayor to protect his village so that a disaster like that could never happen again. First, he pushed to build a seawall near the ocean that was 51 feet high to protect the primary port area.

But he was convinced that this was not enough, even though everyone else thought he was being overly dramatic. Most neighboring towns had built walls that were around 30 to 40 feet tall, so one wall that was 51 feet high already seemed more than sufficient.

However, Mr. Wamura insisted that a second wall of the same height of 51 feet must be built closer to the village, to reinforce their defenses. Somehow, he persuaded the village council to agree. The total construction cost more than $30 million in today’s values, a high price for a small fishing village of 4000 people! Even the contractors building the wall scoffed at the idea that a second wall of that size would ever possibly be needed. Most thought it was a waste of good money. 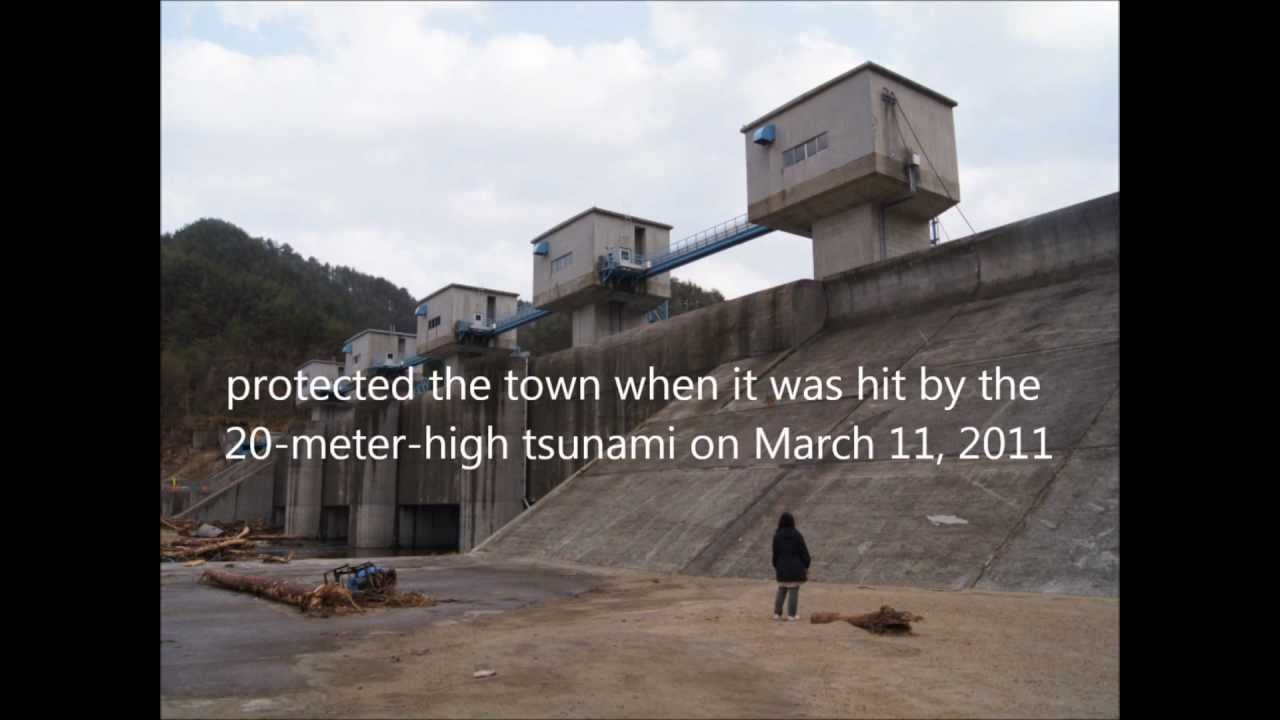 Mr. Wamura retired as mayor not long after the second wall was completed, and he died in 1997 at the age of 88. He never saw these two seawalls used as he had envisioned them.

But he gave a speech to his village when he retired as mayor, and in his speech he had this to say: “Even if you encounter opposition, have conviction and finish what you start. In the end, people will understand.”

Without a doubt, everyone understands today! His village of Fudai was completely spared. The highest waves of the tsunami were squeezed in Fudai’s narrow cove up to 66 feet high! Some water did make it over the walls and into the village, but the walls stunted its force, so nothing was destroyed and no one was injured.

Ever since that tsunami nine years ago, many local residents have visited Mr. Wamura’s grave to pay their respects and to offer their posthumous thanks.

My friends, consider the value and importance of the leadership. Not many of us will be called upon to do what Mr. Wamura did, but we should expect no less from our leaders.

Leaders must see things that others either CANNOT see or WILL not see. And we must demand that our leaders do this – that they do the hard work of protecting and caring for our communities by seeing differently – by looking at the big picture, at long-term needs, by ignoring polls and petty criticisms, by ignoring even their own needs and remaining focused on the needs of others.

The theme of vision carries over into our Gospel reading, but it leads in a different direction.

Did you notice how Jesus responded to that initial question posed by his disciples at the beginning of that text?

When they came across the man born blind, they asked him, “Rabbi, who sinned? This man or his parents, that he was born blind?” (John 9.2).

The desire to find someone to blame for the problems we face is an ancient game, and an unhelpful one.

Who sinned? Who is to blame for this mess? Who’s the one that screwed up?

Our Lord displays no interest at all in that line of thinking. Instead, what clearly matters to him is what can be done NOW to do the works of God.

Listen again to this remarkable teaching: “We must work the works of him who sent me while it is day; night is coming when no one can work. As long as I am in the world, I am the light of the world” (John 9.4-5).

What an inspiring call to be in the moment! To let go of that ancient quest to analyze the past until you can find the culpable scapegoat.

Of course, we must always learn from the past, but ever surpassing this in importance is the opportunity to do the works of God right now!

To do what is right in front of us, to do what needs to be done NOW to bring healing and hope to those in need, and to do this with clear intention that we are serving as part of the mission of God.

But the works of God might not be obvious at first. Think again of the story of Kotoku Wamura and you will see that the most helpful thing, the most compassionate work, may not be what is obvious at the surface level.

Consider the kind of work that average people do every day – or at least, until very recently. When someone builds a bridge and is diligent to make sure that all of the engineering standards are met, that no corners are cut for the sake of short-term profit, that person is doing the most compassionate thing possible by protecting the safety of all those who will pass over that bridge in its lifespan.

When cleaning crews are diligent to sanitize every single door handle and every hard surface – and not to overlook certain rooms when they grow tired – that may be the most loving thing possible, simply by doing their work well.

Having foresight about what could happen, and acting to prevent potential harm, doing the task before us with integrity and intention – that may perhaps be the most loving and God-glorifying work we can do.

The good news is ALL of us can do that work, right now, in some way. We can ALL join in the works of God by being careful to protect those around us. You all know the list of recommended practices by now. Do these things well as the works of God.

And there is even more good news which we must proclaim today. It is that God sees you, and knows you, and loves you.

Yes, life in this world is full of worries and troubles and hardships. And unknown struggles await us at every turn.

And yet, we are never alone. The Lord looks on the human heart. Wherever you are right now, God sees you and knows you.

Jesus came to us as the light of God shining in this troubled world, opening the eyes of our hearts to see a reality that is deeper and more real than the things these two eyes can see.

Is it possible for mere mortals like you and me to learn to see the way that God sees – to look beyond the outward appearance?

Yes, it is. When we connect our lives with the life of God, when we make the choice to learn from Jesus in his way of love, when we accept God’s invitation to participate in the Lord’s work of healing and redemption, then God will open our blind eyes so that – finally – we can see.