Born of the Spirit

Jesus said to Nicodemus, “Very truly, I tell you, no one can enter the kingdom of God without being born of water and Spirit” (John 3.7).

My friends, fellow companions in the way of Jesus, what is it that we can rightly and appropriately expect from God?

Expectations are powerful things. And like all things that hold power among humans, expectations can also be dangerous when used or directed inappropriately, or in an unskillful manner.

What did Abram and Sarai expect when he began this epic journey to the land of Canaan?

Abram heard the voice of God calling him to go with Sarai, to take his household and to leave his homeland, seventy five years after he was born. To launch out on a new journey into the unknown.

Did you notice that, when they set out, there was no clear destination? Abram and his household were forced to move by faith, following the guidance of God, trusting that God would bring something good out of what was surely a long and challenging journey.

Many centuries later, Nicodemus came to Jesus under the cover of darkness, bringing with him a strange mixture of assurance and confusion.

What was he expecting to discover in his conversation with Jesus? “Rabbi,”, he said, “we know you are from God…no one can do these signs apart from the presence of God.”

By the way, if you have ever been looking for some proof that John’s Gospel does not even pretend to offer any kind of chronological or historical narrative, well here it is! By this point in the Gospel, the only sign Jesus has done is to change some water into wine at a private wedding way up in Galilee – far away from Nicodemus’ home down in Judea. It is highly doubtful that he would have even heard of it! Nevertheless, Jesus is presented as one who performs powerful signs of which the people around Jerusalem are aware.

Anyway, Jesus responds to Nicodemus with this odd and fascinating and, by now, quite famous talk about birth and water and wind and love. At its heart, there is a very simple observation from nature in this talk. Like gives birth to like.

We make plans, we make decisions, and there is a certain predictability to what will happen. We reap what we sow – like gives birth to like. But, as the Lord reminds us, the wind blows where it chooses. We cannot control the wind any more than we can control all of the consequences of our actions. Because, in the final analysis, we are not the ones who are in control.

Most of you know that I have been recently thrust into the world of the Marine Corps, serving now as Chaplain for a reserve Marine Battalion. It is a strange new world!

Some of you may also know that in that Marine Corps world, our current time period is noteworthy, because it is the seventy-fifth anniversary of the Battle of Iwo Jima.

The battle for that small Pacific island raged from 18 February to 26 March in 1945. The reason it lasted so long is because General Kuribayashi, the Japanese general in command of defending Iwo Jima, developed an entirely new defensive tactic.

You see, at this point, at the very end of the war, the Japanese knew that they could not defeat the American forces in direct confrontation. 70,000 Marines landed on the beaches of that little island, while only 21,000 Japanese were defending it. The imbalance of power was clear and obvious, so General Kuribayashi decided to use this battle as an opportunity to teach the Americans a lesson.

In 1945, our military was pushing hard westward across the Pacific and toward the Empire of Japan. The Japanese were too depleted to stop us. Defeat seemed inevitable, but General Kuribayashi was determined to make us afraid of attempting an all-out invasion of their homeland. Through ruthless guerilla-style fighting, he defended Iwo Jima with the goal of inflicting as much pain on our forces as possible – as a small foretaste of what would await us in Japan. His plan worked – this was the only battle with the Japanese in which American casualties were higher than Japanese. It was bloody and horrible. Those 36 days of battle were terrifying.

Surely you know what came next. The dropping of atomic bombs. Hiroshima. Nagasaki.

It is commonplace to speak of the law of unintended consequences. The battle of Iwo Jima may be the most extreme negative example of how true this is. 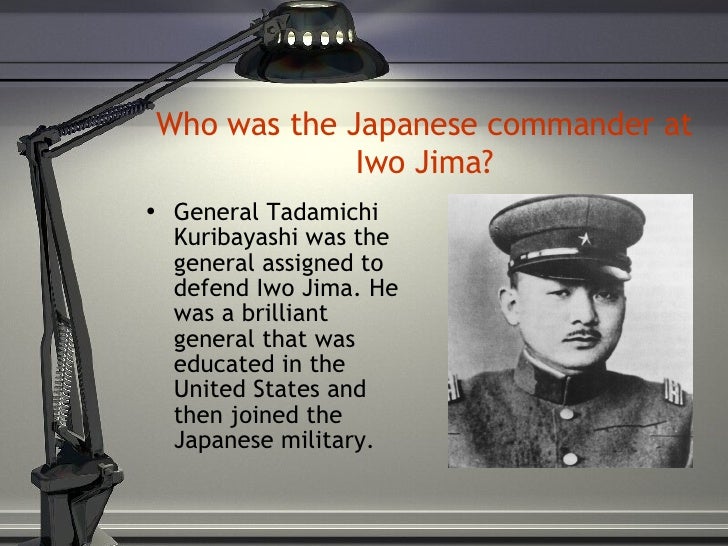 Violence begets violence. Hatred begets hatred. Like gives birth to like. General Kuribayashi’s violent plan gave birth to a new form of violence that the world had never before imagined or witnessed.

What was it that he expected?

Everyday we make choices. This is the nature of being alive. We make choices. We do things. But there are always unforeseen and unintended consequences to the choices we make. Because we are not in control.

People have such odd and unrealistic expectations about things on this planet. I wonder if that points to a deficit of trust in things of the Spirit.

It’s almost as if they have forgotten the simple truth of reality: everything that humans create is continually crumbling and decaying. There is no exception. Everything in this material universe is in a continual process of movement and change, and there is no stopping this, no matter how hard one might try. But every single day, you and I will hear people say, “We can’t allow this thing to fall apart!” Or “we cannot allow this thing to change!”

Yes, actually we can. For all that we can ever do is to delay the process for a short while.

Instead of this angry struggle to fight against the inevitable, what would happen if we took the words of Jesus to heart?

“The wind blows where it chooses, and you hear the sound of it, but you do not know where it comes from or where it goes. So it is with everyone who is born of the Spirit.”

Ah! Did you catch that last part? So it is with everyone born of the Spirit. Just like the wind – that is what they are! Moving and flowing and changing, guided by an unseen hand.

Moving like Abram across the desert sands, blown by the Spirit of God, guided by the voice of God.

And like Nicodemus, who is surprisingly called to leave his old life behind and be born again into a brand new life, following the wind of the Spirit all along the way.

What is the problem with our normal expectations? They are unreal, not connected to reality. And so confusion, struggle, anger, discouragement arise when these expectations are not met.

Whether it is the stock market, or governmental institutions, or centers of education or learning – whatever human construct you might imagine, nothing is static. Nothing is resistant to change.

I think one of the most important aspects of each day of life is to be clear about our expectations. Before you get out of bed, before you leave your home, be clear about what it is that you expect from the day.

From human things, from things born of the flesh, we can rightly expect very little.

But what can we expect from God? This part is quite clear. “For God so loved the world that he gave his only Son.” This is what we can expect from God – today and always.

If you will trust that the unseen Spirit of God continues to blow across the face of this earth with this unstoppable, divine force of love, moving and directing life in ways we cannot even begin to understand, then you will discover what it means to live an eternal kind of life – one that springs from a different source, one that is animated by a different hope, one that is guided by a different set of expectations.

Are you ready, my friends, to be born of the Spirit? Amen.