I Came To Bring Fire 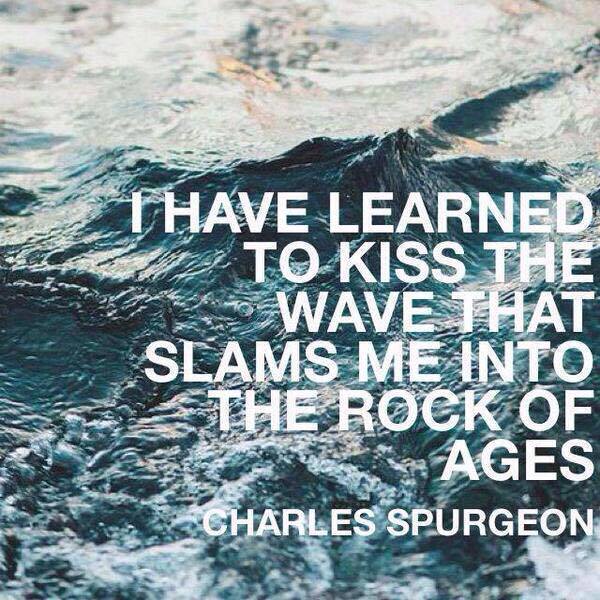 “Oh, I’m so happy to see you, Grandmom!” said the young girl to her dad’s mother, when she arrived for an extended visit. “Now, maybe mom will do that trick she has been promising us.”

That certainly aroused the Grandmom’s curiosity, so she asked, “Oh! And what trick might that be?”

Her granddaughter answered, “I heard mom tell daddy that, if you came to visit us again,  she was going to climb the walls!”

My friends, seriously now, don’t you find it a bit odd that the Lord goes out of his way to include divisions between mother-in-laws and daughter-in-laws in this passage? It’s almost as if those tensions have been around since the very beginning of our species!

Perhaps this is so. But no matter who we are, everyone who reads and meditates on this Gospel passage, seeking inspiration and guidance for living, has to wonder what it is that the Master is saying to us when he speaks with such passion about fire and stress and division.

And the prophet Jeremiah speaks a similar word at the end of our first lesson: “Is not my word like fire…and like a hammer that breaks a rock in pieces?” (Jeremiah 23.29).

What exactly is this fire? What is this breaking, this division? And what does this mean for our lives today?

Remember that this passage comes at the very end of the twelfth chapter of Luke, throughout which the Lord has been teaching over and over again about the need to make a clear break with ordinary ways of thinking.

There is a deep sense of urgency in his words. “Watch out! Be on your guard against all kinds of greed!” (Luke 12.15).

“Sell your possession and give alms. Make purses for yourselves that do not wear out…for where your treasure is, there your heart will be also” (Luke 12.34).

Over and over again, the Master is breaking down all of the ordinary ways of human thinking, all of the typical ways we go about place value on things in our lives.

Life in the kingdom of God is to be different. It is radically different. And that means sometimes we are called to make difficult choices, choices that make it abundantly clear that God is first in our lives.

I wonder if you know the story of Dorothy Day. Dorothy Day was born in Brooklyn in 1897 and she died in Manhattan in 1980. She is revered for her work in establishing the Catholic Worker movement, which today continues to claim over 240 Catholic Worker houses around the world.

But in her early adulthood, Dorothy Day was in a social circle in Manhattan that pushed her away from God. Most of her companions were Marxists and socialists, atheists who were quick to ridicule religion as “the opiate of the masses”, as a crutch for weak people who were afraid to or unable to think clearly for themselves.

She became close to one of these people, a man named Forster Batterham. He was a socialist, an atheist, and a biologist who diligently studied the natural world.

A deep connection developed between Forster and Dorothy. In 1925, they moved in together into a seaside home on Staten Island. They walked together on the beach for hours on end. She was a writer, and he taught her about the complexities of biology and the natural world.

But something unexpected happened. As they explored the natural world together, Forster felt called to learn ever more about the world of biology, while Dorothy felt called to give thanks for the beauty of the earth.

There was a deep religious impulse growing inside her. Forster thought it was foolish and silly, but he gave her space to do her own thing.

At least, until Dorothy became pregnant with their daughter. And with a sudden burst of maternal desire and insight, she knew that their daughter would be baptized in the Catholic Church, even though she herself was not a Catholic.

But Dorothy Day heard God calling to her, deep in her heart, and she knew what had to be done. Forster would never support this decision for their daughter. Dorothy knew that a day of judgment was coming.

In July of 1927, Tamar Teresa was baptized at a parish in Manhattan dedicated to Our Lady the Help of Christians. Soon, her relationship with Forster came to an end, and Dorothy Day was herself baptized and reborn into a new life in Christ in which she served and loved the poor in his name.

The Teacher said, “I came to bring fire to the earth, and how I wish it were already kindled!” (Luke 12.49)

What is this fire? The fire of God brings each person to a moment of decision, to a fork in the road where the direction taken, the decision made, will change everything.

Remember Moses? Keeping the flock of his father-in-law in the wilderness, enjoying the quiet life away from the dangers and anxieties of Egypt. And then what unexpectedly happened? What arose before him? Flames of fire, and the voice of God, and his life would never be the same (Exodus 3-4).

God is the great disrupter. God has no interest in maintaining the status quo.

It has been often said that God loves us just as we are right now – without exception! You know the song, right? “Jesus loves me, this I know, for the Bible tells me so.”

Isn’t that wonderful good news? Yes, it is, but there is another side to this good news.

You see, it is also true that, because God loves us so much, God will not allow us to remain the way that we are right now. We must change and grow. We must be transformed.

THIS is the work of God in our lives and in our world.

So to put it as simply and directly as possible: Jesus is not nice. He says things that are difficult to hear. He exposes lies and illusions and our typical patterns of self-deception. He asks us to make difficult choices that can be painful. It is true that Jesus loves you, but he is not always nice about it. Did you notice the quote on the front of today’s bulletin? It is attributed to Charles Spurgeon, that famous English Baptist preacher of the nineteenth century.

“I have learned to kiss the wave that slams me into the Rock of Ages.”

Can you claim that quote as your own? Can you imagine those words coming out of your own mouth? “I have learned to kiss the wave that slams me into the Rock of Ages.”

But make no mistake about it: always, always, ALWAYS does God lead us toward vulnerability. Toward openness. Toward acceptance of whatever God wills.

And if fire or waves or brokenness are required to get us to that point, then so be it.

Later in life, Dorothy Day wrote these words: “Neither revolutions nor faith is won without keen suffering. For me,” she wrote, “Christ was not to be bought for thirty pieces of silver, but with my heart’s blood. We [do not] buy cheap in this market” (Dorothy Day: Selected Writings, Orbis Books: 1992).

The love affair between Dorothy Day and Forster Batterham ended late in 1927. But, until the day she died in 1980, they remained friends, supporting one another, and caring for one another.

Though in an entirely different way now, for Dorothy had given her heart to Christ – irrevocably! – and once that was done, nothing else could ever be the same.

So what exactly is this fire of God? What is this breaking and division? And what does all of this mean for our lives today?

It means that we must choose. Hour after hour, day after day, sometimes in a decisive moment – if we are to “follow daily in the blessed steps of his most holy life” (BCP Collect for Proper 15), we must make the hard decision to turn away from a life of ease and comfort and to walk with Christ in the way of the cross.

May it always be so among us. Amen.